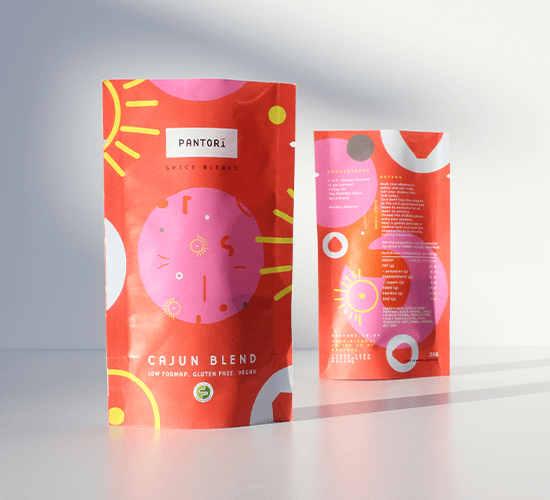 CAJUN IS A MELTING POT OF CULTURE AND CAJUN SEASONING IS A TRUE BLEND OF ITS PEOPLE WITH EACH CULTURE PLAYING A PART IN THE FLAVOUR WHICH COMES TOGETHER AS ONE. BOLD, WARM, SPICY AND HEARTY.

PRODUCED AND PACKAGED ON A PREMISES WHICH USES CELERY SEED


ALL OUR PACKAGING IS PAPER RECYCLABLE.

The Acadian story begins in France and ends down by the Bayou in Louisiana, where a melting pot of cultures became the Cajuns.

In 1604 descendants of the French began settling in Acadie, now Nova Scotia. Exiled by the British they embarked on a long journey leading them to the Bayous of Louisiana. The Acadians, living off the land, were confronted with a new climate and different ingredients. This meant their traditional French cuisine changed, with the replacement of carrots with bell peppers in the “Holy Trinity” and the introduction of more exotic spices like black pepper and cayenne, and the addition of paprika from the Spanish.

The Acadians became Cajuns as they adapted to their new home and its people. The blend of diverse cultures and influences from the American Indian, African American and European descent, each brought new skills, cooking style and flavour, once again changing their cuisine.

Cajun seasoning is a true blend of its people, together they brought aspects of their cultures and cuisines and over time became one. A true example of a melting pot.

ALL OF OUR PRODUCTS ARE CERTIFIED LOW FODMAP

Facebook-f Instagram Linkedin-in
Copyright 2022 © All rights Reserved Pantori.
We use cookies on our website to give you the most relevant experience by remembering your preferences and repeat visits. By clicking “Accept All”, you consent to the use of ALL the cookies. However, you may visit "Cookie Settings" to provide a controlled consent.
Cookie SettingsAccept All
Manage consent

This website uses cookies to improve your experience while you navigate through the website. Out of these, the cookies that are categorized as necessary are stored on your browser as they are essential for the working of basic functionalities of the website. We also use third-party cookies that help us analyze and understand how you use this website. These cookies will be stored in your browser only with your consent. You also have the option to opt-out of these cookies. But opting out of some of these cookies may affect your browsing experience.
Necessary Always Enabled
Necessary cookies are absolutely essential for the website to function properly. These cookies ensure basic functionalities and security features of the website, anonymously.
Functional
Functional cookies help to perform certain functionalities like sharing the content of the website on social media platforms, collect feedbacks, and other third-party features.
Performance
Performance cookies are used to understand and analyze the key performance indexes of the website which helps in delivering a better user experience for the visitors.
Analytics
Analytical cookies are used to understand how visitors interact with the website. These cookies help provide information on metrics the number of visitors, bounce rate, traffic source, etc.
Advertisement
Advertisement cookies are used to provide visitors with relevant ads and marketing campaigns. These cookies track visitors across websites and collect information to provide customized ads.
Others
Other uncategorized cookies are those that are being analyzed and have not been classified into a category as yet.
SAVE & ACCEPT